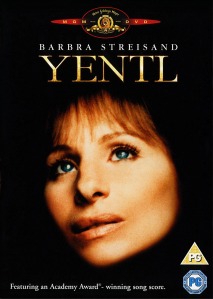 Each summer in the UK an ever-increasing number of music festivals seem to be organised.  Every year we hold Wimbledon on almost all open courts.  We insist on trying to have barbeques.  We invented a sport, cricket, which relies on almost totally dry conditions for it to take place.  And this year we have the Olympics too.  Why is anyone the least bit surprised that the weather is being especially wet at present?  (June was the wettest on record and half the country seems to be under threat of being flooded as I write this.)  We should be proud that the British weather has raised it game to give us the sort of summer that befits the Olympics.  Floods, lack of sunshine, torrential rain. I’m just worried that by the time the Olympics start, we’ll find that the weather has ‘gone too early’ (like a 1,500m runner starting his ‘run for home’ at the wrong time) and it might end up being a bit nicer next month.  I want all the millions of visitors that are coming to the UK to enjoy the full range of experiences our special weather can offer them.  We don’t need the drama of hurricanes, tornadoes or years of drought, our naturally understated thunderstorms, grey, drizzly weekends and ‘unseasonally cool for the time of year’ days is what they’re really coming for; I don’t want anyone to go home disappointed.  Yeh!  Yeh!  Jet Stream go!  You rule!  The idea that we might actually get what we technically refer to as ‘nice weather’ anytime soon, is frankly absurd; a little like this film really.

This ‘historical’ drama would be so easy to ridicule and quite frankly it deserves to be.  For a start, it has a pretty ludicrous plot.  It conveniently ‘ignores’ loads of issues that would have made things a whole lot harder than they actually appear to be, (money anyone)?  It majors on continually reinforcing the notion that men and women have to stick to a strict code of social behaviours and expectations (that would give even a Thomas Hardy novel a run for its money); but then when they’re ignored it doesn’t seem to produce any consequences.  It has a 40-year-old woman trying to play the part of a young woman passing herself off as a teenage boy, (her ‘disguise’ is even less convincing than Batman’s), who frequently bursts into song; (yes, it’s a musical too).  After about 20 minutes I was ready to give up watching it.  I was asking myself, why on earth had I bought this film?  I don’t really like ‘period pieces’; (grown-up’s translation = historical dramas).  I don’t especially enjoy musicals either.  But then something really weird happened; it actually got, well, interesting.  As soon as it started up with the pseudo-cross-dressing-gay-lesbian stuff, things improved loads!  Well okay it’s a PG film, so don’t expect anything very explicit, but for a movie that’s basically ridiculous on nearly every level, it actually manages to feel quite realistic and touching.  It also builds a decent amount of tension around the idea that her true identify as a woman might be discovered at any moment; I was sitting there getting agitated thinking, when are one of these stupid people going to realise she’s actually a woman; it’s like so totally obvious)?  I have to say that Babs (that’s what Barbra Streisand’s fans seem to call her) does look rather fetching in it too.  So yes, in the end I did quite enjoy it and consequently have to now file it away under lock and key as a guilty pleasure.

Recommended for Avril Lavigne fans who want a new kind of idol.

Top badass moment?  Barbra Streisand’s character Yentl/Anshel sticking it to ‘The Man’.  At a time and place when women weren’t allowed to go to school but basically had to just hang around at home making dinner and babies, Babs most defiantly gives the finger to all and sundry.  That’s badass!