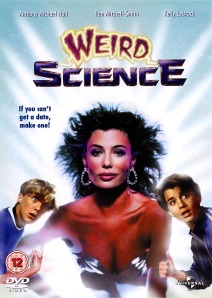 I hate the way big manufacturers make it as difficult as possible for the plebs (i.e. the rest of us) to dissect what they do, what they tell us and what they sell us.  Today I wasted 45 minutes trying to find out what colour white a Vauxhall Astra van at work is, so I could go and buy some paint and repair a couple of dents in it; about an hour’s work for me but probably £500 worth of work if it was done by a garage.  You’d think this would be easy to do, but after three quarters of an hour spent Googling things and searching for various stickers and plates all over the place, and studying the ridiculous codes they put all over them, I was none the wiser.  Why don’t they just put the name of the colour on the vehicle plate?  Casablanca White anyone, rather than Z354 or whatever it’s going to turn out to be in the end?  This is simply bollocks designed to make it more difficult for people to do something that ought to be very simple, so that we give up and pay someone a shed load of money to do something we could do ourselves.  I’m all for convenience and don’t mind paying for it at times, but I want the option of deciding when and where I do so; I don’t want to be forced into it by some greedy corporate asshole, who’s not half as clever as he thinks (and they nearly always are “hes”).  I shouldn’t need to emulate Sherlock Homes in an effort to find out a basic bit of information.  It’s a shit combination of crappy marketing and nefarious corporate shenanigans, which has the sole purpose of making the rest of us spend more of our money than necessary on their overpriced tat.  How many versions of white do we even need anyway?  I think I’ll just go and buy a huge tin of magnolia emulsion instead and paint every single vehicle I ever come across in my life, it would be a lot easier and quicker.  This movie features a kitchen that gets painted blue, everywhere.  I’ve no idea what shade of blue that was either.

Despite myself I enjoyed this film.  It even made me laugh out loud a few times.  I’m not sure why, maybe it’s my geek side trying to exert itself?  It’s full of plot holes, but then again the latter is so ridiculous that it doesn’t matter than much anyway.  What it does do is give us a couple of ‘failures’ to follow, a ‘perfect woman’ to lust after and a set of stupidly stupid opponents for said failures and woman to overcome.  Of course, in the end everyone comes out of it a better person and they all (metaphorically) ride off into the sunset together, happy in the notion that they’ve made the world a slightly better place.  It sounds dreadful, but its redeeming features are that it is actually pretty funny, the characters are for the most part likable (even the bad ones) and it’s entertaining.  It’s also a horrible reminder of how tacky the 80s were, so the feeling of relief at the end when you remember it’s really 2012, is palpable.  (Until of course you remember all the things you don’t like about 2012 too).

Recommended for anyone who’s under the illusion that the 80s were anything more than superficial rubbish, or who lived through them the first time around and wants to be reminded. (Why, for God’s sake?)  Also highly recommend as an educational tool to demonstrate to people that life existed before Twitter, Facebook and uploading hilarious videos to YouTube of their drunk friends tripping over.  (Things where so much more innocent in those days, he thinks wistfully…)

Top badass moment?  Listen, if you really could create your own ‘perfect woman’ with an old computer, a ‘floppy’ floppy disk and a narrowband connection, I’d be doing it right now rather than writing this.  If it was possible, it would be way off the badass scale. 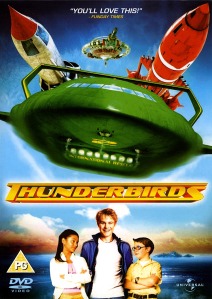 I took down my birthday cards today, all three of them; (thank-you Jacob, Rebecca and Laurel).  My birthday was almost two months ago; and yes, I do realise that’s it’s a little bit pathetic to leave your cards up for that long.  On my birthday I went to see a band at a venue in north London, the New Town Kings; a great ska band and the 12th best band on the planet at present.  Then I did something I’ve not done in 33 years of going to see gigs.  The set finished late, 00:10.  No problem I thought to myself, I’ll just walk down to the Underground station and get the Tube to Paddington in time for the last train to Reading at 01:00.  Oh…shit.  It’s that one night of the year when the clocks get put forward an hour.  So three night buses later and I’m contemplating spending the next six hours at Paddington Station; it was bloody freezing and nothing in the area was open.  The only people who seemed to be around were pimps and prostitutes, drunks and druggies; the last two groups of whom seem to be mostly lying about on the pavement outside the station.  Oblivious to the cold and their surroundings, I came to envy them.  I spent the night standing by the entrance to the Underground, where a slightly warm breeze of air was blowing out from the tunnels and passageways below.  Now I generally don’t mind my own company, but on my birthday, in the freezing cold, all night, in the world’s most boring location, when I’m tired and knackered from dancing at a gig which is rapidly becoming a dim and distance memory thanks to my semi-conscious state, I was not on best form.  I must have read the notices and adverts around the Underground entrance 100 times, as I endlessly paced slowly up and down the eight, small strides between the two ends of the locked gate, attempting to warm one side of myself followed by the other; I even learnt to do this with my eyes closed and get it right almost every time.  I read all the print on the screen of the Kindle in the Kindle advert that was shown for a few seconds every now and again, in one of those high-tech advertisement boards that show a revolving series of different ads; (it wasn’t a very interesting story, something about a big storm in London in the middle ages.)  I attempted a conversation with the rail maintenance guy who came and stood with me for around an hour, but my question suggesting that perhaps he ought to be out “repairing the track or something” didn’t get me very far; I guess that’s how he wastes some of his time each night.  I mused at great length on the fact that of all the people I’d heard on the night buses, not one was speaking English; (well except a group of Americans but that doesn’t count).  I considered the value of having ‘live’ indicator boards at bus stops, especially the one at the stop which said I had 20 minutes to wait and just as I was about to go off into some bushes to answer the call of nature, my bus came along, so I nearly missed it.  Of course, in my half awake, hypothermic condition, I’d forgotten that they’re actually special London Transport Minutes, which are only vaguely related to normal ones; so I’d forgotten to convert them; silly me.  At 06:45 I got the first train, along with a group of equally bedraggled and zombie-like others, who had all crawled out of various holes after spending equally miserable nights enjoying the concept of European Summer Time.  I even had the indignity of having to travel part of the journey back on the dreaded rail replacement bus service.  It’s a shame International Rescue weren’t having a bit of a quiet night too, I could have done with being rescued.

Why are so many people so mean about this film?  I grew up watching Thunderbirds on TV; in fact it’s probably my most vivid TV memory from my youth.  I know this movie is full of plot holes, spends most of its time focusing on three kids (rather than the Thunderbirds) and comes across like “Spy Kids” on speed; but it’s still a fun and breathless watch.  It has a villain who’s basically a bad Captain Picard, it was directed by Commander Riker, has a big scene in it set in Jubilee Gardens in London (where I saw the Undertones play in 2003) and a cute scene with a puppet hand.  I even like the theme tune by “Busted”.  It’s also almost wall-to-wall action too.  Did you know that Thunderbird 1 can travel at up to 15,000mph?  That’s nearly seven times faster than the Lockheed SR-71 Blackbird, the fastest aircraft ever.  So don’t tell me that’s not cool.  That Brains dude, he’s one awesome genius.

Recommended for anyone who’s not going to bore me senseless by saying something along the lines of, “but that’s not how it was in the 60’s TV series”.  Get a life; even I realise its not 1965  now.

Top badass moment?  Nearly 40 years after the original TV series, seeing Thunderbirds 1 and 2 in action again in the opening scenes is most definitely badass.