Green Lantern / Being Fearless at Work 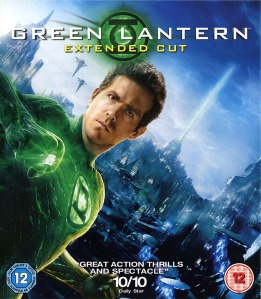 In a universe as vast as it is mysterious, an elite force of protectors for peace and justice has existed for centuries. They are the Green Lantern Corps.  When a new enemy called Parallax threatens to destroy the universe, their fate and the fate of Earth lie in the hands of the Corps’ newest recruit, the first human ever selected: Hal Jordan (Ryan Reynolds).  Bringing the popular superhero to the big screen for the first time, “Green Lantern” also stars Blake Lively (“Gossip Girl”), Peter Sarsgaard (“Orphan”), Mark Strong (“Sherlock Holmes”), Academy Award nominee Angela Bassett and Academy Award winner Tim Robbins.

I spent about two and a half hours today at work, attending a data protection webinar. So now I’m too scared to write anything here… about anything…  What I will say is that one of my colleagues, who will remain nameless (Oonagh), thought it would be funny to send a text to someone else in another office who was also attending it; so we got to hear that person’s mobile beep in the background during the webinar.  We all thought it was very funny!  It’s good being a grown-up.  Here’s something else that’s a bit childish too.

I can sort of understand why so many people trashed this film, but I thought it was jolly good fun. This might be to do with the fact that I lit my lounge with a green bulb to watch it, to help me feel immersed in the action so to speak, of which there was plenty.  So it’s a bit camp at times and the plot somewhat wooden (although it does have some good lines in it), but sometimes all we need are a few easy to identify goodies and baddies to have fun.  I thought Ryan Reynolds was pretty good as Green Lantern, even though he’ll always be the fat guy in “Just Good Friends” to me.  Maybe it’s because when I was young the Green Lanterns were very much B-class superheroes who I never really engaged with much; so I didn’t have any previous perceptions to have spoilt.  They actually have an interesting and unusual back story too, which makes them different to most of their super-colleagues.  But in the end I guess they’re just another manifestation of the United States, in terms of them acting as self appointed protectors of everyone else.  At first I thought the movie was some sort of documentary about environmentally friendly torches.  It took me quite a while to realise that it was actually about an arrogant test pilot.  I’m not a test pilot, but there’s still a chance that I might one day be selected as a Green Lantern, as I learnt that “In order to be chosen by the ring, it is said that one must be without fear.”  I’m pretty sure the discussions I have with my manager every month after I’ve submitted my financial variance report, puts me into that select group.

The trailer’s okay, but I don’t think it really captures the feel of the film that well. It seems a bit disjointed and not quite sure what sort of film it’s mean to be promoting.

Recommend for test pilots, xenobiologists and anyone who likes the colour green. Not recommend if you don’t like green; this movie will just make you retch.

Top badass moment? Hal Jordan’s been a Green Lantern for five minutes when he stomps into the Guardian’s hang-out and gives some impassioned speech about Earth and humans and stuff.  I’m not sure about anyone else, but if you get recruited by a Fortune 500 company, are you really going to barge into the boardroom on your first day and tell the directors, who have been there for basically forever, how to do things?  He doesn’t get his way but he doesn’t get the sack either.  That’s got to be badass behaviour in anyone’s book.  I have a feeling he’s going to be on the fast track to a more senior position very soon.

The Sisterhood of the Traveling Pants: 4.0 Stars 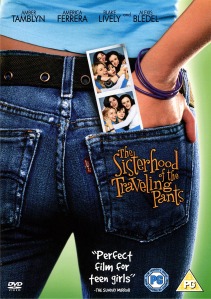 I was driving home tonight and turning off the M3.  At the junction a car had just broken down in the middle lane of three, at a set of traffic lights. (A BMW, ha-ha-ha).  The driver behind it got all inpatient and started flashing and honking the broken-down driver.  Then he suddenly pulled into the inside lane right in front of me, forcing me to brake hard and throw everything off the seat next to me and onto the floor, before he drove straight through the now red light.  Asshole.  If my car’s lights had been lasers (the sci-fi gun version, not the CD reading version), I’d have blown him to pieces, such was my annoyance.  I doubt he heard it, but my language would have embarrassed more than just a nun too.  People like that should be taken outside and shot.  And no, I’m not going to give him a second chance on the assumption that he’d just had a bad day.  My life might not amount to much, but I’m going to waste it at my discretion, not some stupid moron behind the wheel of a car’s.   And talking of nuns, I thought this film was going to be about them.

Anyway, there I was, on Saturday evening, ready to watch what I thought was going to be a sleazy 70s, exploitation flick about nuns and kinky underwear.  So you can imagine my disappointment when, on starting to view this film,  instead of seeing nuns running around losing their clothing and wearing each other’s panties, I got a chick flick about four young friends and a pair of second-hand jeans.  Bloody American’s, why do they have to mess about with OUR language; pants are, well, pants, not trousers or jeans.  And a sisterhood really ought to have something to do with convents.  With hindsight, I suppose the PG certificate and the “Perfect film for teen girls” splash on the front cover should have warned me, but I thought they were just part of the marketing; I didn’t think they, you know, really meant what they said.  Anyway, to make the best of a bad job I watched it; I guess someone has to.  After the first ten minutes I was already tiring of the four-teenage-girls-all-talk-and-giggle-at-once-about-nothing narrative.  Still, a film has to be pretty bad for me to totally give up on it, so I persevered; and I’m glad I did.  What I ended up with was a really great movie about four friends who are separated one summer for the first time and how they keep in touch with one another, grow as individuals and ensure their friendship remains intact.  (Sounds a bit bluurrgg, doesn’t it?)  To be honest, some of the subtleties of this were probably lost on me; I’m an old(ish) bloke, so I’ve next to no chance of understanding teenage angst or relationships; hell, I didn’t even understand them when I was a teenager, although come to think of it, that’s maybe the point of them.  Okay, so it’s all a bit dumb, the ending is a bit too upbeat for my liking and the four main characters could basically be summed up as rebel, slut, wallflower and latch-key kid.  But it’s all done with such sincerity that it’s hard not to get swept along with it.  Most of it’s pretty lightweight stuff as you’d expect and the plot goes everywhere and nowhere, but every now and again a scene came along that enabled the whole movie to punch above its weight.  It’s been done a million times before in films, but the scene in the hospital was a genuinely great bit of acting and you’d have to be made of stone not to be affected by it.  I’m not sure if it’s a perfect film for teen girls, but it worked for this cynical old guy.  I didn’t even miss there being no nuns in it either; (it does have some panties though).  I wonder what the follow-up is like?

Recommended for teenage girls (according to the Sunday Mirror); and old blokes who are willing to step outside their comfort zones.  (But if you need an excuse lads, it has some women’s football in it too.)

Top badass moment?  The subplot involving Tibby and Bailey is especially affecting; (or is it effecting, I can never remember)?  This had lots of little scenes that are really quite special.  Learning to care about someone is one thing; learning to show it is another.  This is badass.