Lost and Delirious / The End of Summer 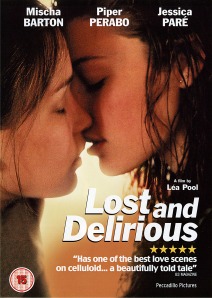 Shy, unassuming teenager Mary ‘Mouse’ Bedford (Mischa Barton, “The OC”, “St. Trinian’s”) is enrolled at a prestigious all-girls’ boarding school.  Upon arrival, she is welcomed by her two attractive and sexually adventurous roommates, the carefree Tori (Jessica Paré, “Wicker Park”) and excitable Paulie (Piper Perabo, “Coyote Ugly”, “The Cave”).  Mary soon discovers that Tori and Paulie are embroiled in a passionate relationship, yet when Tori’s younger sister finds out and threatens to break the secret to her friends and family, Tori breaks off the relationship.  Unable to deal with losing the other half to her whole, Paulie will do anything to get her ex-girlfriend back, even if it means risking her own life…  A deeply moving and acclaimed film from the director of the award-winning “Emporte-Moi”, Léa Pool’s “Lost and Delirious” features a trio of young and talented actresses burning up the screen years before they went on to break Hollywood.

I closed my bedroom window yesterday.  There’s nothing especially unusual about that, except I did it in the morning and I wasn’t going out anywhere.  The click of the handle had a certain finality about it.  As I repositioned the pot plants on the sill, I was struck with the thought that this was probably the last time I’d do so for many, many months, as the weather has got a lot colder in the last few days.  The final closing of the year is one of the Five Signs That Summer Has Ended and that the winter, with all its months of gloom, damp and cold, is fast approaching.  Winter sucks; like old age, it has almost no real benefits.  All that rubbish about those crisp, bright, winter days.  Bollocks. They’re bloody cold, only last five minutes before the sun sets again and coming home from gigs at night soaked in sweat is a truly miserable experience.  It’s going to be especially hard to cope with this year, as we actually had a really lovely summer.  The carefree, happy days are at an end; fast approaching is the vindictive malevolence that is winter.  The season of Hell is nearly upon us.  And as for autumn, it’s just the rubbish bin of summer, containing the dead leaves and trash of good times past.  This film is also about the passing of time, the loss of a relationship and an inability to cope with it.

I love this movie.  If I had a Top 20 list of films, this one would probably be in it.  On first impressions it looks like it’s going to be a bit crappy and should only appeal to me because of its girl-on-girl action.  Set in a posh girls’ (very liberal) boarding school full of rich kids in Canada (so there’s not a lot there for me to relate to), the first 30 minutes or so are pretty mundane.  Yes it’s got girls in school uniforms and the main characters are in a same-sex relationship, but other than that it’s pretty forgettable.  But then it starts to get interesting…  This is a dark movie.  There’s a subtlety in it that only becomes apparent when you think about it afterwards.  It’s occasionally a bit melodramatic and the odd bit of dialogue doesn’t quite work, but it’s wonderfully acted and has a number of genuinely heartbreaking moments in it.  The use of Shakespeare and the hand-rearing of a Falcon as metaphors for the plot, are wonderfully interwoven into the story too.  The character of Paulie is so well written.  It’s quite strange considering she doesn’t superficially have anything in common with me, but I so totally ‘got it’ in terms of what she was going through.  I guess emotions and feelings aren’t very gender, age, culture or sexuality specific.  (It probably also means that I’m as messed up as she is and one day I’ll probably take it out on the world.)  There aren’t a lot of characters from films or books that I can fully relate to and understand, but she’s one of them.  Seeing her gradually lose the plot and take more and more bizzare actions to try to change the unchangeable, felt uncomfortably familiar.  Despite her acting like a total loser a lot of the time, there’s a strange kind of honour in Paulie’s behaviour that goes beyond what she does and its consequences.  Everyone should watch this movie.  And if you’re one of those people who really can’t accept same-sex relationships then just ignore it, as other than on a superficial level (and as a huge plot contrivance) it’s really not that important to the feel of the film.

The ability of this movie’s music to write words where there are none, without dominating the visuals or attempting to drag (rather than lead) the emotions, is really well done.  The mood shift provided in the scenes relating to the Falcon are very effective too.  And any film that features any music by Ani DiFranco can’t be bad.

Top badass moment?  There’s something very noble about doing something you know is going to fail and make you look really stupid, especially when it’s not funny.  You know you’re about to do it but still go ahead.  It’s probably got less to do with getting what you want, than demonstrating to yourself that you tried and remained true to your beliefs.  It’s ultimately futile and pretty pointless, but very, very badass.  And very Klingon too.

Lost and Delirious at Wikipedia 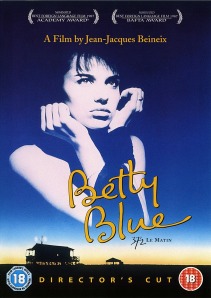 Listen up, this is important.  I believe the Earth is about to be invaded and taken over by an evil alien, whose sole purpose is to enslave the entire human race and laugh in a really, really annoying way at our suffering.  Proof?  For a start, this film.  The main male character in it is called Zorg.  Is Zorg a common name in France?  I doubt it.  This film is clearly a message from the future sent back into the past, to warn us of the impending doom to come.  No one really calls their son Zorg, do they?  I hope not, because it’s the sort of name only megalomaniacs in 50’s pulp sci-fi and B-movies should have.  Emperor Zorg; Zorg the Mighty; Lord Zorg, Ruler of the Flatulent Empire and 10,000 Worlds; that sort of thing.  We never get to meet Zorg’s parents in this film, but honestly, what were they thinking?  They must have been smoking something when they came up with that name.  Then this evening I had my shopping delivered by someone called Zoltan.  Again, another clear example of a Flash Gordon era baddie, who was obviously casing the joint and looking for weaknesses in the Earth’s defences.  You shouldn’t allow the fact that he came not in a gigantic spaceship, but in the “cabbage van” (so the text from Ocado said), to deflect your attention.  He even had a bit of an accent, which I’m pretty sure wasn’t of this Earth.  These aliens, clever people, that’s why they’re ‘here’ and we’re not ‘there’.

Clocking in at almost three hours (it was the Director’s Cut), this is a loooong, French, romantic movie that takes us on a trip with young couple Zorg and Betty.  From painting beach houses, through to working in a pizza restaurant, writing books and selling pianos, it chronicles their relationship and the effect Betty’s (undefined) mental illness has on it.  Having a friend with the latter, I found it intensely saddening at times.  But I also enjoyed it in a rather Thomas Hardyish way, in the sense that I knew the relationship was probably doomed from the start and I was just waiting for it to crash and burn.  Now having just compared it to a quintessentially English author, it’s actually a very French film.  There’re plenty of examples of tasteful love-making (because the French are supposed to be good at that), as well as lots of ‘unconcerned nudity’ in it, most of it of the male variety it has to be said.  It also had several somewhat bizarre and funny scenes of what you might consider to be almost slapstick comedy too.  The ending is somewhat inexplicable as well, which seems to happen a lot in French films.  Ultimately though, it’s a downer of a movie and after spending three hours with the characters, sharing virtually every aspect of their relationship with them, it’s hard not to be affected.  I really felt sorry for them both.  It’s a nice looking film too (and I’m not just talking about the main characters) and the mono soundtrack is actually pretty decent.

Recommended for those who are willing to invest an evening in lusting after Betty or Zorg.

1 cat, no decapitations or chainsaws. The cat, a lovely white one, appears in three scenes and has a pivotal role right at the end, including a bit of (dubbed) dialogue.

Top badass moment?  Betty throwing a bucket of pink paint all over Zorg’s boss’s car.  He was a serious asshole and quite frankly a load of paint on his car was the least he deserved. When you’re boyfriend’s being a wimp and not sticking up for himself, someone has to be badass about it.  And let’s face it, who hasn’t thought of doing something like that to a crappy manager at one time or another?